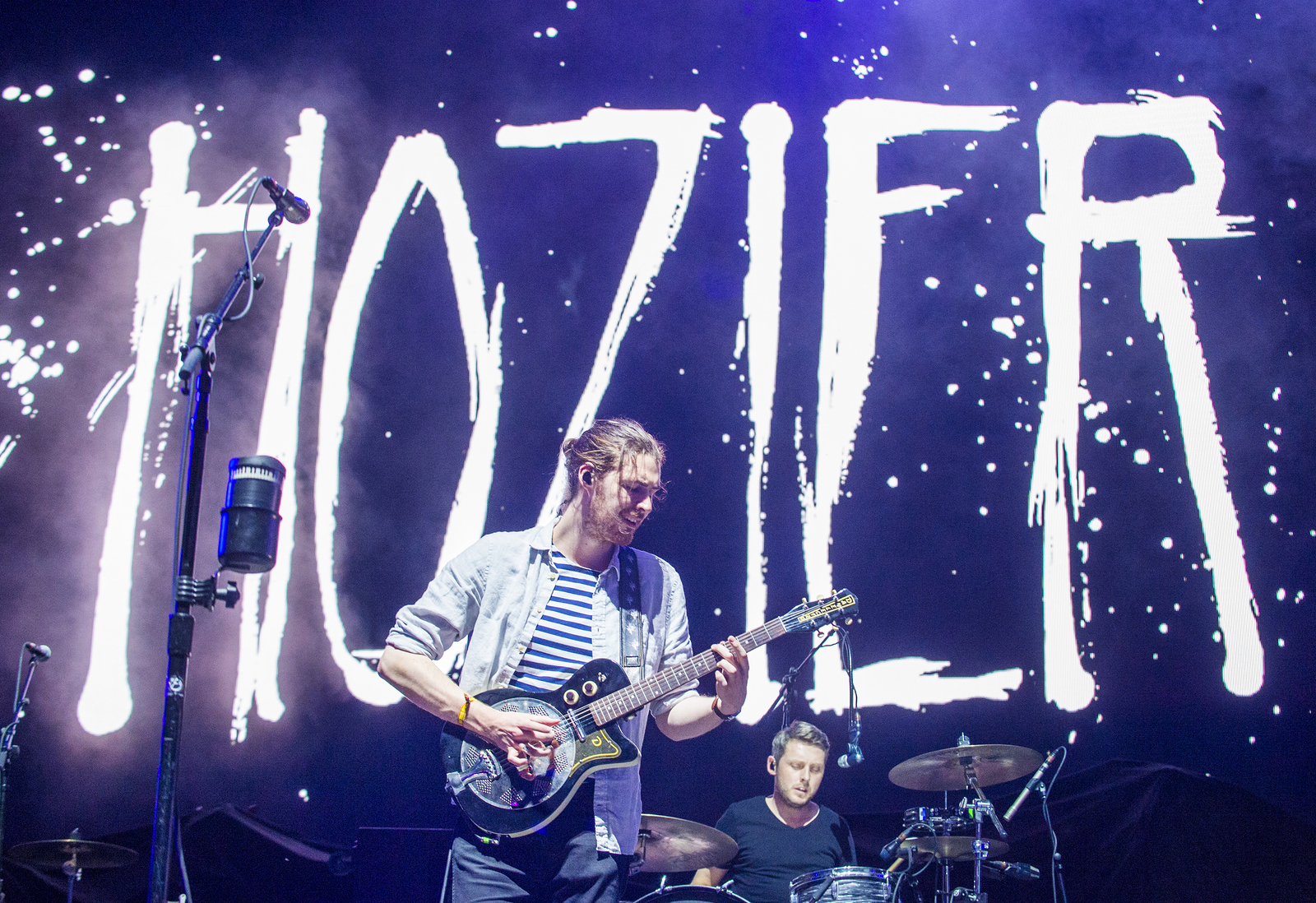 The singer’s full name is Andrew John Hozier-Byrne, but in his career, he goes simply by his last name ‘Hozier’. The name was originally attributed to people who made stockings and socks.

The singer was born on the 17th of March 1990 in Bray, County Wicklow, Ireland. He is currently 30 years old.

The singer was born in Ireland to parents John Byrne, a blues drummer and bank worker, and Raine Hozier-Byrne, a local artist. He has a sibling, Jon who he grew up within the Irish countryside, close to the village of Delgany.

The singer attended Delgany National School and St. Gerard’s School before he graduated and began to study music at Trinity College in Dublin. He had been interested in music from a young age and began writing songs at the age of 15. He missed his exams to record demos for a music label however and was refused a deferral from the college, so subsequently dropped out.

What is his religion?

The singer was raised as a Protestant Quaker, who generally believe that ‘God is in everyone’ and can be accessed by everyone. As an adult, the singer identifies as agnostic.

Hozier is currently living in Oldfort in Newcastle, he carefully chose his home there so that he could get the space and privacy he needed to begin work on his second album but was unhappy when a newspaper revealed his location and the details of his home. He said that he chose his home to get away from the hustle and bustle as he is well known for preferring life outside of the public eye. He moved away from his hometown of Bray to get more privacy and said that he could have chosen to live in LA or New York, but prefers his privacy.

The singer is extremely tall, around 6 foot 5 inches, or 198 cm’s tall. Despite his imposing height, he only weighs around 86 kgs thanks to his slim figure.

The singer is famous for being an Irish musician, singer, and songwriter. The singer achieved quick success with his debut EP which included the single ‘Take Me To Church’ which was certified multi-platinum in a number of countries. The singer has continued his success with subsequent EP and album released and has been touring to promote his music.

The singer became involved with the Trinity Orchestra whilst attending Trinity College and also began to work with the choral ensemble group Anuna between 2007 and 2012. He appeared as a soloist for Anuna’s music release titled ‘Illuminations’ where he sang ‘La Chanson de Mardi Gras’. Hozier toured with the group and gave performances with them in Norway and the Netherlands. He also played at the Oxegen Festival between 2009 and 2010.

In 2013 the singer released the EP ‘Take Me To Church’. The title track of the EP was his breakthrough song; it was a blues-gospel pop song with lyrics about finding solace in a lover. The music video depicts anti-gay violence in Russia and was directed by Brendan Canty. The video was shared early on by Stephen Fry and appeared on the front page of Reddit, quickly going viral. The single quickly achieved success around the world, making it to the top five position on the charts in a number of countries and going multi-platinum in countries including the UK, Canada, and Australia. In 2014 the singer released his second EP which was titled ‘From Eden’, the track ‘Cherry Wine’ achieved the most success, appearing on the Zach Braff movie ‘Wish I was Here’ and later appearing on the Irish talk show the ‘Late Late Show’.

The singer released a self-titled album called ‘Hozier’ in 2014, it included single tracks, ‘Take Me To Church’, ‘Someone New’, ‘Work Song’, and ‘From Eden’. He began a tour throughout America and Europe to support the album. The song ‘Take Me To Church’ later received a nomination for 2015 Song of the Year at the Annual Grammy Awards ceremony. He gave a performance of the song with Annie Lennox at the 2015 Billboard Music Awards and won the VH1 award for Artist of the Year. In 2016 the singer recorded and released the song ‘Better Love’ for the soundtrack of the film ‘Legend of Tarzan’.

The singer returned in 2018 with the release of his EP titled ‘Nina Cried Power’ which included a collaboration with Mavis Staples on the title track, and three other songs; ‘NFWMB’, ‘Moment’s Silence (Common Tongue)’ and ‘Shrike’. The title track of his EP was a song that opposes xenophobia and makes references to a number of musicians. The singer also revealed that he was recording his second studio album.

His second album ‘Wasteland, Baby!’ was released in March 2019 and debuted on top of the Billboard 200 charts. The cover of the album was created by the singer’s mother, who also created the art for his other music released. Following the release of the album, the singer embarked on a worldwide tour, performing at venues across Europe, America, Australia, and New Zealand. He released the album’s lead single ‘Movement’ in November 2018 alongside a music video that featured the Ukrainian Ballet dancer Sergei Polunin who also appears in the music video for ‘Take Me To Church’. He also released the single ‘Almost (Sweet Music)’ at the beginning of 2019 and ‘Dinner and Diatribes’ the following month. The music video for ‘Dinner and Diatribes’, directed by Anthony Byrne, was released in March 2019. It featured Anya Taylor-Joy, a British-Argentinian actress. The song ‘No Plan’ from the album was heavily influenced by a lecture given by astrophysicist Katie Mack about the end of the universe. The singer was the headliner for the Railbird Festival in Lexington, Kentucky which was hosted on the grounds of the Keeneland horse track. He also headlined at the Electric Picnic in 2019, a three-day festival held in Ireland. He also gave a performance at the 2019 Glastonbury Festival in England and performed at Lollapalooza in Chicago. In March and April 2020 he gave multiple live-stream performances over Instagram and Facebook to raise money and awareness for the Irish Society for the Prevention of Cruelty to Children. He also performed on the Late Late Show in March 2020 and announced a cover of ‘The Parting Glass’ which he would stream on all platforms with proceeds going to the Irish Society for the Prevention of Cruelty to Children.

The singer is worth approximately $5 million thanks to his successful EP and album sales and the impressive success of his multi-platinum single ‘Take Me To Church’. He also makes money from his promotional tours and festival appearances.

The singer is reportedly currently dating 26-year-old Irish-American actress Saoirse Ronan. The couple has been spotted on a number of dates and is said to be thoroughly enjoying each other’s company.