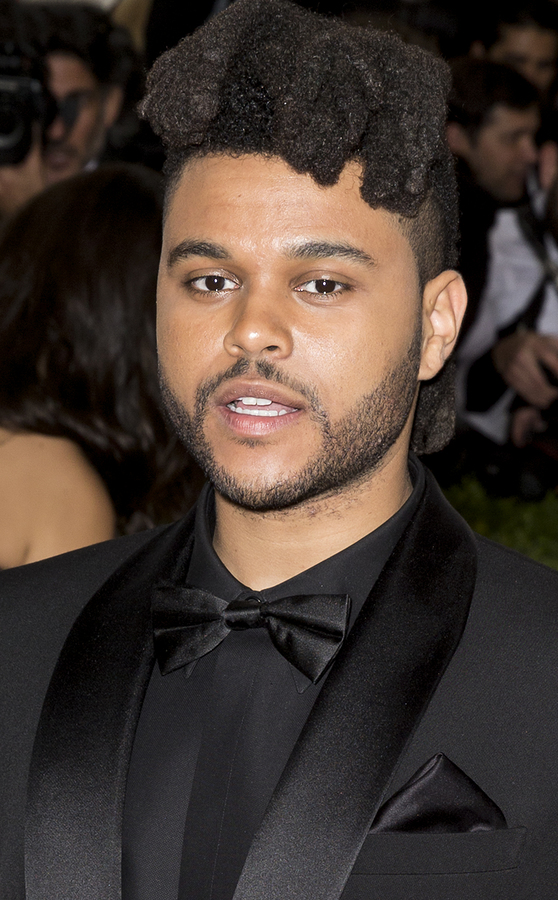 The Weeknd (real name Abel Makkonen Tesfaye) is famous for being a Canadian singer, songwriter, actor and record producer. He first became famous after he uploaded a number of songs to YouTube and has quickly gained popularity for his dark-wave style which is influenced by R&B sound, as well as the mystery surrounding his identity as a performer. The singer has won a number of awards and accolades over the course of his career, including three Grammy awards, two American music awards, nine Billboard music awards and a Juno award. The singer has also been nominated for an Academy award. His album ‘The Hills’ received Diamond certification. The singer has become one of the most popular Canadian artists in history and was honoured with his own star on the Canadian Walk of Fame. The singer has sold more than 70 million records in the US alone. He has also been involved in a number of high profile partnerships, including a deal with Puma which saw him become their global ambassador for 2016.

Additionally the singer has also pursued his own business ventures, he owns his own brand of merchandise called XO which was brought to mainstream attention through a collaboration with major retailer H&M. He also has a partnership with Marvel, to promote and market them on Instagram nd it was revealed that a comic book character would be modelled after him.

The singers career began in 2010 after he met the producer Jeremy Rose, who wanted to pursue a dark R&B project with an artist. After freestyle rapping over an instrument played by Rose, the pair decided to collaborate on an album. Rose helped The Weeknd produce through songs, ‘What You Need’, ‘Loft Music’ and ‘The Morning’ which the singer uploaded under his stage name. The songs gained some attention and were subsequently blogged about by Drake, who is close to Kendrick Lamar, which lead to widespread news coverage and attention from The New York Times and Pitchfork. Prior to adopting the name ‘The Weeknd’ Tesfaye went by the names ‘The Noise’ and ‘Kin Kane’.

The singer reached out to fans on twitter to let them know that his extended play, ‘Noise’ was made up of a number of songs that were leaked by producers. The EP contained 10 tracks, most of which were written when he was a teenager and some that were influenced by his first mixtape ‘House of Balloons’. His mixtape was released in March 2011 and included a number of tracks that were produced by Rose, the mixtape was critically acclaimed and was placed on the shortlist for the Polaris music prize.

The singer began touring Toronto and gave his first live performance at Mod Club in the city. Drake attended the 90 minute performance and approached the singer to collaborate with him and tour with him as his opening act. Tesfaye opened for Drake at the Molson Canadian Amptheatre and at OVO Fest, he also worked on Drake’s album ‘Take Care’, contributing lyrics and vocals as a songwriter and featured artist.

After the album was released the singer chose not to participate in interviews and only communicated via Twitter, to help preserve the mystery around his identity. The tactic proved to be effective and gained him attention around the August 2011 release of his second mixtape ‘Thursday’ and his third mixtape ‘Echoes of Silence’.

The singer began his first tour throughout the United States in 2012, performing at the Coachella Festival during the tour and finishing his North American tour with a performance in New York. After finishing the US leg of his tour the singer added a European leg to the tour and proceeded to perform at a number of European festivals, including the Primavera Sound Festivals. After he covered ‘Dirty Diana’ in London, he received positive reviews from both Katy Perry and Florence Welch. In June of that year it was revealed that his mixtape trilogy, known as the ‘Balloons Trilogy’ had been downloaded more than 8 million times which allowed the singer to begin plans for formal commercial releases of planned projects later in the year.

In 2012 the singer signed with Republic Records in a joint partnership with his imprint XO. He released a copilation album of his mixtapes, titled Trilogy shortly after. The compilation album credited Rose as the producer for the songs he didn’t initially receive credit for. The album peaked at umber four in the US and sold 86,000 copies in the US. It debuted at number five in Canada and was later certified Platinum in the US and double platinum in Canada.

In May 2013 the singer debuted his title track for his upcoming studio album ‘Kiss Land’ and announced that the album would be released in September. He also later released the singles ‘Belong to the World’ and ‘Live For’ which featured Drake to promote his new album. The singer embarked on The Fall tour a week prior to the release of the album. Upon its released the album debuted at number two in the United States and sold more than 96,000 copies in its first week. The albu received generally positive reviews from critics. Shortly after The Weeknd made appearances during Justin Timberlake’s 20/20 Experience World Tour, joining Justin Timberlake for six shows. He also contributed to the soundtrack for ‘The Hunger Games: Catching Fire’.

In 2014 the singer remixed a single by Beyonce called ‘Drunk in Love’ from the male perspective, the remix was positively received. It was released just days before the singer announced his first headlining tour, which would be held across the United States. The singer later did a collaboration with Ariana Grande on her song ‘Love me Harder’ which peaked at number seven. A few days later The Weeknd released ‘Earned It’ which appeared on the soundtrack for 50 Shades of Grey.

The Weeknd won the Centric Award at the 2015 BET Awards and performed his song ‘Earned It’ with Alicia Keys. The singer also debuted a new song called ‘The Hills’ which debuted at number twenty on the US charts, before eventually peaking at number one, making it the singer’s first number one single.  ‘The Hills’ was certified platinum by the Recording Industry Association of America. In June the single ‘Can’t Feel My Face’ was released as his album’s third track, the song peaked at number one in the US, becoming his second top hit in the United States.

His second album ‘Beauty Behind the Madness’ was released in 2015 and debuted on top of the charts, selling more than 412,000 units in its first week of sales. The album reached the top ten on the charts in more than ten countries and reached number one in Canada, Australia, Norway and the United Kingdom. The Weeknd promoted his new album by headlining a number of music festivals including Lollapalooza, the Hard Summer Music Festival and the Bumbershoot festival. He also began his first large scale tour through the United States, beginning in November and ending the following month. The album was reportedly one of the most streamed of 2014, with more than 60 million streams.

In September 2015 it was announced that The Weeknd was the first male artist to have held the three top spots on the Billboard R&B charts simultaneously. The singer was featured on the triple platinum single ‘Low Life’ by Future and appeared on Saturday Night Live alongside Amy Schumer.

The singer was featured on the track ‘FML’ by Kanye West and produced the song ‘6 Inch’ for Beyonce’s album Lemonade in 2016. In the same year, Spotify also announced that he was one of their most streamed artists.

For his third album the singer collaborated with Daft Punk on the single ‘Starboy’ which received platinum certification.

More recently the singer announced his fourth album ‘After Hours’ which is due to be released in March 2020.