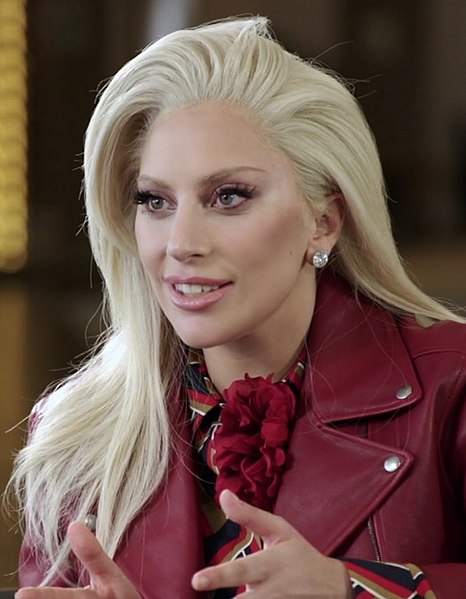 Lady Gaga or Stefani Joanne Angelina Germanotta is famous for being an American pop star, songwriter and actress. She first rose to fame with her debut album, titled ‘The Fame’ which was released in 2009. She quickly established a name for herself due her unconventional and provocative image.

She is almost as well-known for her fashion experimentation and Avant Garde style as she is for her music. Lady Gaga is one of the top-selling music artists in the world, she has won many accolades over the course of her career including an Academy Award, BAFTA Award, Two Golden Globe Awards, nine Grammy Awards and awards and recognition from the Council of Fashion Designers of America.

She is the only person to ever win an Academy Award, Grammy Award, BAFTA Award and a Golden Globe in a single year. She is well known for her activism around LGBTQI issues and heads up her own not-for-profit organisation called the Born This Way Foundation.

Stefani Germanotta was born on the 28th March, 1986 making her currently 33 years old. She was born at Lenox Hill Hospital in Manhattan, New York City. She is the daughter of Cynthia Louise, a business executive and Joseph Germanotta an internet entrepreneur. She also has a younger sister, Natali. Gaga’s family has mostly Italian ancestry and some French-Canadian heritage. She grew up on the Upper West Side of Manhattan and attended the Convent of Sacred Heart.

She took up piano lessons from the age of four and learned to play music by ear. By her teenage year she was playing at open mic nights, she also displayed an interest in acting and she performed in school plays. She studied acting at the Lee Strasberg Theatre and Film Institute for a decade and auditioned for a number of roles in New York before he music career took off. At the age of 17 Lady Gage gained admission to Tisch School of Arts however she dropped out to focus on her music career in her second year.

Lady Gaga formed a band with some of her friends in 2005 and began to play around New York. The band became a regular fixture on the Lower East Side club circuit. After attending The Cutting Room in June of 2006, a talent scout Wendy Starland saw her and recommended her to producer Rob Fusari whom began to work with her on developing her sound.

They dated for a brief period between 2006 and 2007. The couple recorded and produced a number of electropop tracks together and shared them with the head of Artists and Repertoire at Def Jam Recordings whom signed her before dropping her from the label only three months later.

She spent a period of time performing at Burlesque shows and began to develop her onstage persona with the help of Lady Starlight. Lady Gaga began to incorporate more pop into her music and was signed to Streamline Records and made a publishing deal with Sony/ATV. In late 2007 she began to work on her debut album, The Fame.

Lady Gaga’s debut album was released in 2008 and performed well around the world. The singles ‘Just Dance’ became the best-selling single of 2009 and reached number one in a number of countries, alongside the single ‘Poker Face’.

She opened for the Pussycat Dolls in 2009 during their Doll Domination tour before headlining her own tour. She wrote a number of songs whilst on tour, including ‘Bad Romance’ which reached number two in the United States.

She also released ‘Telephone’ and ‘Alejandro’ which performed well on the charts. Alejandro courted controversy due to the use of religious iconography which was seen as blasphemous by some religious groups. The music video for ‘Bad Romance’ was the most watched video on Youtube in 2010.

She was nominated for thirteen awards and won eight at the 2010 MTV Music Awards. The success of ‘The Fame’ and ‘The Fame Monster’ allowed Gaga to go on her second worldwide tour, ‘The Monster Ball Tour’. The tour grossed $227.4 million and became the highest-grossing tour in history for a debut artist.

The lead single for Gaga’s studio album of the same name, called ‘Born This Way’ was released in 2011. The single sold more than five million copies in the first five days and became the fastest selling single in iTunes history. The singles ‘Juas’ and ‘The Edge of Glory’ followed a few months later. The album sold eight million copies worldwide and earned Lady Gaga a number of awards. 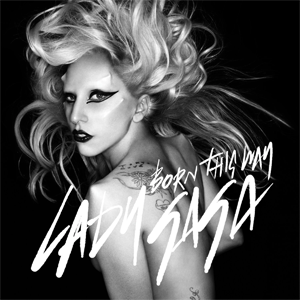 Gaga began her Born This Way Ball tour in 2012 but had to end the tour early due to an injury. Gaga recorded songs for Gnomeo & Juliet and recorded a song with The Lonely Island in 2011. In 2012 she began working on her third studio album, ‘Artpop’. In 2013 she released the single ‘Applause’ which reached number four in the United States. Lady Gaga collaborated with the singer R.Kelly on ‘Do What U Want’, a single that she later removed from streaming platforms due to the allegations against the singer.

Artpop was released late in 2013 and received mixed responses from critics. Lady Gaga then went on the ArtRave: The Artpop Ball tour which earned $83 million. In 2014 she collaborated with Toy Bennett on a jazz album, ‘Cheek to Cheek’.

In 2015 she began pursuing her acting career, appearing in American Horror Story: Hotel which earned her a Golden Globe for Best Actress in a Miniseries or Television film. She performed at the Superbowl in 2016 and did a David Bowie tribute performance during the 2016 Grammy Awards ceremony. She returned to American Horror Story for its sixth season and in the same year released her album Joanne which went to number on on the Billboard 200. A Netflix documentary was released in 2017, called Gaga: Five Foot Two.

More recently she has appeared in the film ‘A Star Is Born’ alongside Bradley Cooper. The role earned her nominations for an Academy Award, BAFTA Award, a Golden Globe Award and a Screen Actors Guild Award. Lady Gaga produced a number of songs for the movies soundtrack including ‘Shallow’ which reached number one in a number of countries.

Recently Lady Gaga has signed a two-year residency agreement to perform at MGM Park Theater in Las Vegas. She has also recently launched a Vegan cosmetics lines and begun work on her sixth studio album which will be called ‘Adele’ and is due to appear in an upcoming Ridley Scott film.

Lady Gaga has previously dated Lüc Carl in 2005 and later got back together with him 2010. She also dated Rob Fusari whom she credits with discovering her, the couple dated between 2006 and 2007. She also dated designer Matt Williams between 2009 and 2010. Gaga and Chicago Fire star Taylor Kinney dated for four years before getting engaged, unfortunately it didn’t work out. In 2017 she began dating Christian Carino but the couple split in 2019. Most recently she has been romantically linked to Daniel Horton whom she was spotted with in July 2019 during a lunch date.