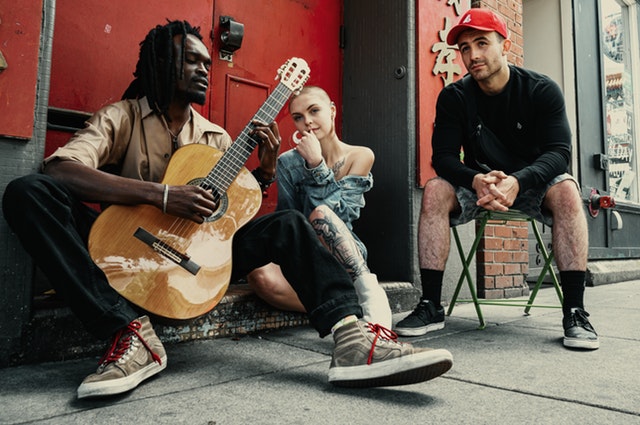 Music is a massive part of most people lives and we are likely to hear music in one way or another every day. It makes up a lot of who we are, you can tell a lot about a person depending on the type of music they like. These days, it is even getting easier and easier to access and listen to music, through the advancements in technology.

Music has become so convenient that sometimes we don’t even realise we are listening to it! There are so many different situations that are made better by music, it has the ability to bring different types of people together for a bigger cause.

Music is engrained in most cultures and countries as well. Sometimes you may not even understand the lyrics (that might be in a different language) but you are still able to appreciate the music.

If you look at the typical pop section of the music industry today, you would think that most of the music comes from America or UK. However, in this day and age it is not actually the case and many different countries have a strong musical presence in their culture, they just may not be “mainstream” or on your local radio yet.

Music can have such a positive impact on our lives and it is important that we branch out to different cultures every now and again to hear the type of music they are creating to get a better perspective on the global music industry.

Naturally, some countries have a biggest musical presence than others; so take a look below at the top 7 musical countries in the world:

America is a hot bed for world famous pop culture artists and icons. While they may have many popular artists in the typical “pop” genre, they also have a wide variety of genres that have been made more common thanks to the help of certain famous artists, take the “country” genre for example.

Music from American artists makes it right across the world and they seem to completely dominate the top charts of latest hits as well as the sheer amount of songs on the radio.

England is another country that has a lot of music culture attached to it. Music is felt far and wide in this country with some big names to be born and created here. This music also has a big influence on pop culture through out the last few decades. They have produced artists in this country with the sort of fame and success that other upcoming artists can only dream about.

The English have also embraced the positive influence technology has had on the industry and love using online music streaming services to listen to music. There are a lot of pop and rock artists from England that made it big right around the world, and even though the artists and bands may not be together now, they still have a major influence on the music industry today.

Popular artists from England include The Beatles, The Rolling Stones, One Direction, Ed Sheeran, Adele, and more.

Music is massive in the Indian culture and it is simply so unique which is what makes it really special. Every single social event is accompanied by music. As well as this “Bollywood” as it is known as, is filled with music and musicals. Musicals are massive in India and it has a rich music and dancing culture.

Music and religion also seem to go hand in hand in India. India has all the classic types of genres, as well as more contemporary genres such as Indian pop and Indian rock. The Indians love their music and love getting up and dancing and celebrating, no matter what the occasion may be. They also have some pretty unique dance moves that the rest of the world loves as well!

Music is really present in the culture in Ireland, for people of all ages. A lot of people like to play instruments, and tend to start from a pretty young age as well. Irish folk is probably one of the most well known genre to originate in this country. Many people associate this type of music with happy and cheering, which helps give the perception that the Irish are happy people!

You may not think it but the Irish are actually music mad, they love their music, whether it be playing it or listening to music at their local pub. Ireland has also managed to win Eurovision a few times over the years. Ireland has also founded some of the most well known artists and bands, household names!

Popular artists from Ireland include U2, Enya, The Script, Snow Patrol, and more.

Music has been embedded into Australian culture for a very long time. Australia gets a lot of influences for its music from the likes of America and England. Music from these countries seems to dominate on the radio and on online music streaming services as well.

But that doesn’t mean that they don’t create awesome music themselves that the world loves. Australians are known for their laid back culture and the more traditional music reflects this. Also more recently, Australia has also been invited to compete in the Eurovision contest, showcasing their talent to the world (even though they aren’t based in Europe) and they have been performing quite well.

Mexico is well known for its diverse music industry, there is certainly a lot of different genres and types of music to be found here! Mexicans aren’t just passionate about the music, but also the performance, they love going and seeing live performances, and artists also love performing.

Also, with Mexico being so close to America, there have also been a lot of influences by each country in the other. You find a lot more “mainstream” music now has a mix of English and Spanish (language in Mexico) lyrics. This merging of two different musical cultures just shows how much people love music.

Canada produces some of the best music from the hottest artists in the world right now. The Canadians love their music and they are also heavily influenced by the likes of America and England. Due to its proximity to America, it is easy for those born and living in Canada to make the move over to America to pursue a career in music.